Gem and I had a great day round Rivington and Winter Hill on Sunday battling against the elements, I was testing out my new shoes bought last weekend after a quick jog round Latrigg on a whistle stop trip to Keswick. I decided to try the New Balance 840 I loved the RX terrain but unfortunately they are not made anymore, and these were £50 in the factory shop so cheaper than anything else I had considered. 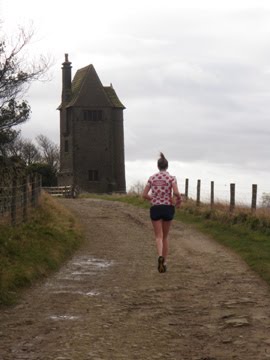 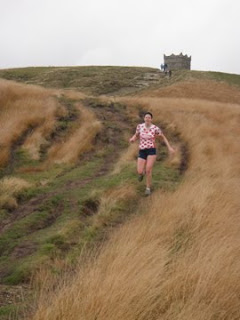 12 months ago I was battling severe weather on the OMM and being featured on the BBC News, but this year a fellow competitor from last year had invited me to his wedding, thus getting me out of it for another 12 months, I will be back to finish it next time. 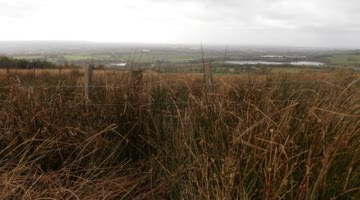 We decided to make an early start and try and get in about 3 - 4 hours of running around the local fells, vaguely following parts of the Winter Hill race, the wind was definitely against us and climbing up Winter Hill from Egg Hillock was definitely hard graft. It was great to be out getting a few miles in, I need to get back into it ready for the Tour of Pendle next month. Talking to a couple of friends on Saturday night I have some competition. I might even be tempted to a recce on Friday afternoon if I get out of work in time. 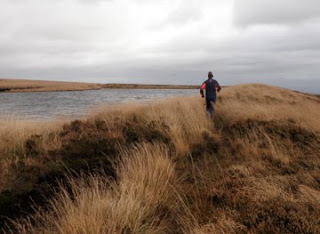 I've been out on the bike a bit, cycling to work and went for a long ride taking in a few climbs last week when I was off work. I'm off again on Monday and Tuesday so I think I'll take advantage and get a couple of long days out, one running and one on the bike. I have been having a littl bit of knee pain but I think its down to all the miles I have done this year and hopefully nothing serious.

Just need to figure out my goals for next year, I've been looking at a few events and noticed that I can qualify for the Ultra Tour de Mont Blanc, a race I have fancied doing for ages so I'll have a look and maybe venture out for something a bit different. Any good ideas gratefully received....... 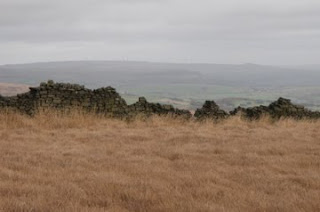 I have been following loads of blogs recently and its great to read about people's antics have a look down my blog roll and take a couple of minutes to check out some of the blogs, a really good read.
Posted by Donkarlo at 20:07