A day in the lakes

Last weekend we had a day out on the bikes on the Saturday catching some sun and then decided to make an early start on the Sunday and head North for a run/walk round Skiddaw taking in the BG descent down Hare Crag and then following the Cumbria way track past Skiddaw House and back down to our start point at Threlkeld. 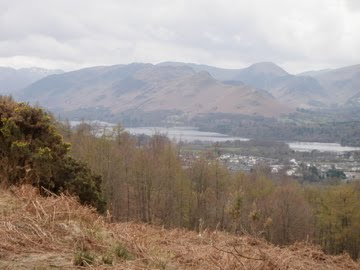 Heading up Latrigg looking back over Keswick and Derwent Water
We parked at the Cricket Club in Threlkeld and took the old Railway line path through the woods to Keswick leisure centre and then followed Spooney Green Lane till we joined the path round Latrigg and onto the ascent of Jenkin Hill. 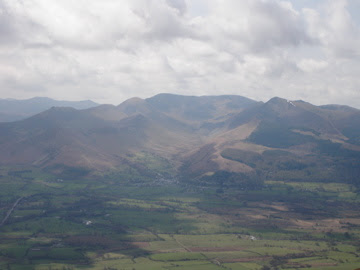 The North Western Fells
It didn't feel as easy as this time last year when I was doing 40+ miles a week but it felt okay and I still move uphill pretty quickly so hopefully I won't get left behind on Emma's BG in May. The climb doesn't get any shorter up Skiddaw and as usual for a nice Sunday there were plenty of people to share the path with. There was still a bit of snow hanging onto the upper slopes just out of the sun, as you can see on the picture below. 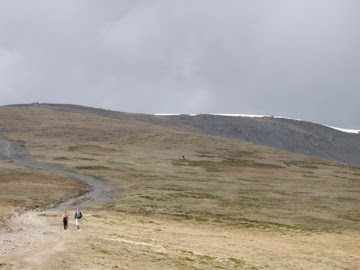 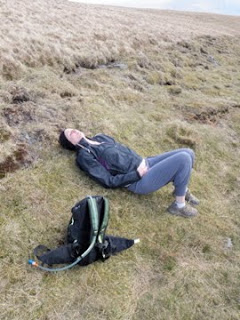 Gem having a quick rest in the sun
It was good to get to the top for the wonderful views over the Lake District on a sunny, hazy morning in April. This time last year I was supporting Ian Charters on his JNC and I remember us having an equally nice day, see the post from April 2009. We crossed the fence at the three fence posts and headed down Hare Crag towards the Cumbria Way, this is where I decided to see how well my knee had recovered and I'm glad to say that I was running downhill with no pain at all, so fingers crossed I am fixed and can get back into some running. 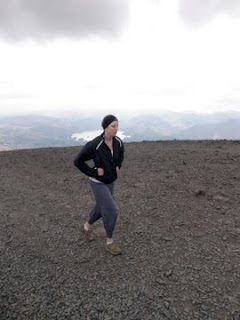 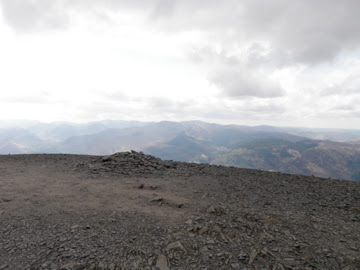 It was quite dry near the bottom of Hare Crag in the usually boggy area, and we made good time across to Skiddaw House before dropping down towards Threlkeld and back to the car. A good day out and I don't think far off 15-20 miles (I forgot to wear my Garmin, Doh!).
This weekend Gem was away on a hen do so I had a ride out on the bike on Saturday afternoon for a couple of hours, I was going well just over 32 miles in 2hrs.
Posted by Donkarlo at 10:15