Earlier in the year I had purchased tickets to go and see the Legends of Fell Running talk in Keswick at the Theatre by the Lake, Ali and myself decided we may as well make a day of it so we had booked the day off work and headed up early to Keswick with Steve Fish. 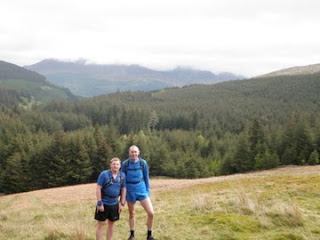 We parked the car at Whinlatter and made our way up Grizedale Pike, the sun was out but it was fairly overcast and there was plenty of cloud at summit level, a theme that would continue throughout the day. I felt ten times better than Friday night, maybe due to the slightly slower pace, but I felt like I had different legs! 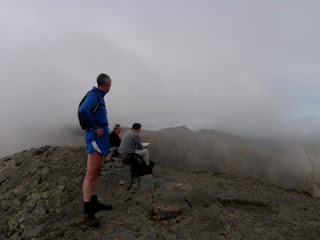 After the steep drag up Grizedale Pike we had soon bagged our first summit of the day, the conditions are visible here, Steve at the summit.

I had roughly planned a route taking in a horseshoe type shape around the North Western fells, an area of the Lakes I haven't visited in a long time, and we followed the plateau over to Hopegill Head. 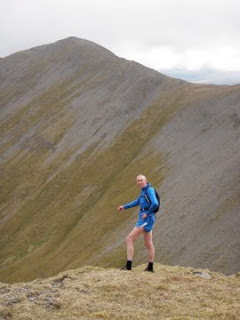 We then turned to head over Sand Hill and dropped down to Coledale Hause. 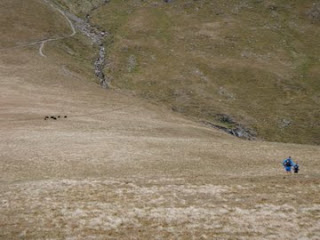 From here we started our climb towards Grassmoor, the cloud was thicker over this side and unfortunately we didn't really get any views, we stopped for a quick bite to eat at the summit shelter and then headed off in the direction of Whiteless Pike. 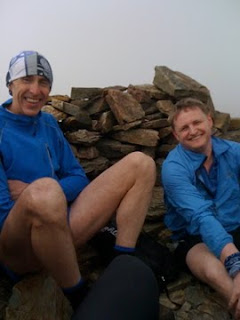 Ali took over the navigation from here, I am trying to teach him a bit more about map reading and navigation and he's not a bad pupil! As we dropped off Grassmoor and and headed over the head of Rannerdale Beck we caught our first glimpses of Buttermere below and over to Newlands Hause on the other side. 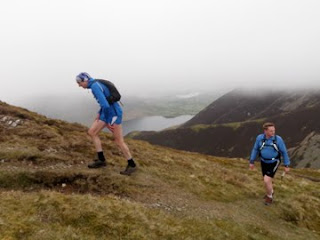 We turned back on ourselves and ran over Wandope and on to Eel Crag, practicing taking bearings on the way. This is Steve and Ali at the summit of Eel Crag. 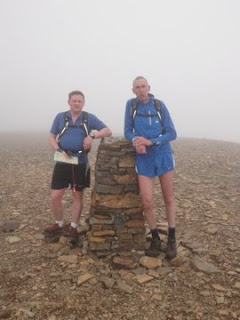 I really enjoyed the descent over Sail and down to Sail Pass, no pain and my legs were flowing well, getting back into my downhill groove. We ticked off Scar Crags and then took another 5 mins for a quick bite, before we carried on to Causey Pike. 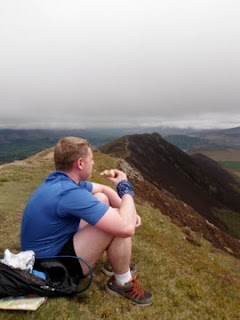 It was getting time to head back to the car, so we picked up a trod from Causey Pike in the direction of Outerside, climbed this and dropped off the other side to Coledale Beck enjoying the scree run on the way down. 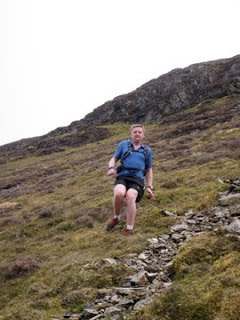 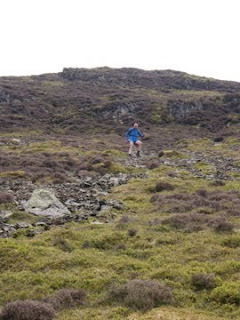 From the top of Outerside we had great views down over Keswick and Derwent Water. 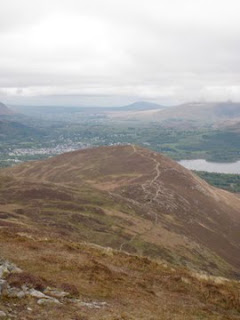 We followed Coledale Beck down to Braitwaite before retracing out steps back to the car. An excellent day out and one that still had plenty of fun to come. We headed to Keswick for a swim and shower before grabbing something to eat.