The end of my Kanadias 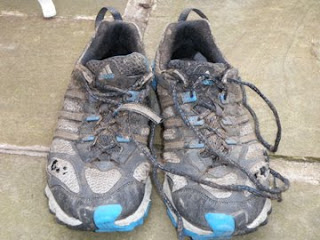 It was a sad day Sunday as I was unpacking my stuff from the car, I had only got home from the lakes at 2am so I had just chucked my shoes under the car so my car didn't stink, and chucked my clothes in the washing machine.

I had made the decision about half way down Scafell that it was definitely time to retire my trusty Adidas Kanadia Trail shoes that have done so many mile with me this year. I bought them back in April and used them on most of my runs since, including the Fellsman and my Bob Graham round. To be honest they were looking pretty tired after my BG with a few holes here and there but there was still some life in the soles and I wasn't going to chuck them away just yet, value for money and all that.

I was finding I was slipping around a bit of Saturday and noticed I could see quite a bit of my socks whilst running as well. For a trail shoe they have been pretty handy on the fells and I have to say that I would definitely invest in another pair as a training shoe and would recommend them to anyone running on predominantly trails or rocky terrain such as the Lake District Fells, they perhaps don't have the grip of an out and out fell show such as a walsh or mudclaw but for general running they are an affordable option, I only paid £40 for mine and there are plenty of deals around. Good cushioning and fit although order 1/2 a size bigger and great feel and grip. 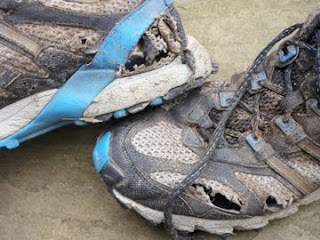 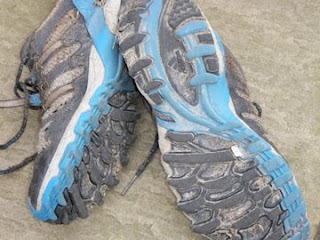 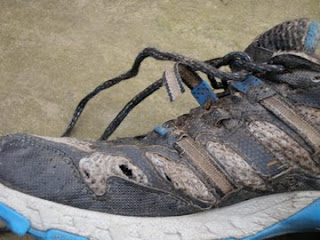