Good week of training just suffering with a cold now at the end of the week that I will hopefully shift soon. Last Sunday I had a walk in the morning with the Scouts around Croston, then went up Winter Hill in the afternoon with Gem to have a walk in the snow and a snow ball fight !! There was plenty of snow and from what I've heard the conditions were ideal for the race, the ground seemed pretty well frozen which would definitely help with the boggy ground round there. Through the week I had my usual lunch time runs and a walk one night round Croston at a good pace. I did a hill session one lunch time and got some funny looks from the lunch time walkers as I ran up and down the hill to the river near work, not normal behaviour for them. 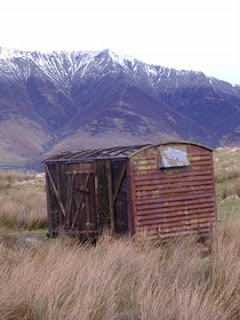 Friday I headed up to the Lakes early to recce leg 2 of the BG, according to forecasts the tops were quite icy and required ice axe and crampons in places, I decided rather than risking it to wear my winter boots and go with my kit, if conditions were good then I could always bag a gully on Helvellyn as well. I can move okay in my big boots but I definitely can't run but I managed a steady pace over the Dodds. 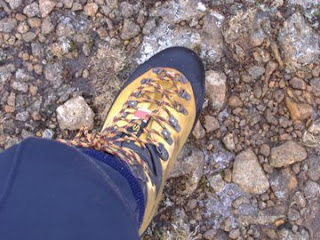 I went as far as Raise before turning round, conditions had been pretty good, in fact it was fairly mild and the snow and ice were noticeably softer than earlier in the day. I had been okay moving across most of the ground apart from some pretty thick ice near the summit of Stybarrow Dodd that resulted in me cutting some steps. I think all the extra weight probably enhanced the training I'm sure but I probably could have got away with my fell running shoes. Still had a great day though, saw a couple of other runners and a few walkers. As promised on the forecast the clouds came in later on and a bit of navigation was needed just to ensure I took the right way back. 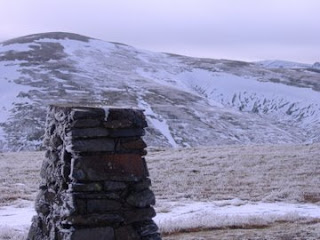 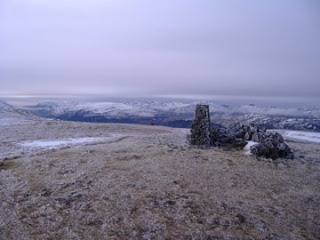 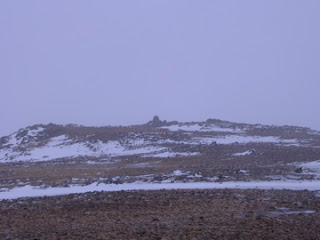 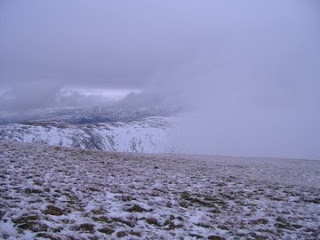 Looking towards High Street and the clouds coming in

More running planned this week, hopefully I'll get rid of this cold by the end of the weekend.