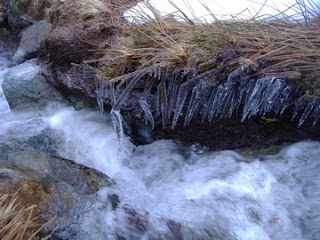 On Saturday Gem and I had an afternoon in Kirkby Lonsdale and noticed on the way home that the lakeland fells were looking like they had a good covering of snow.
So we decided on a plan to go and recce some of the BG route from Dunmail Raise. Although I am currently planing a clockwise round I thought I would head up Seat Sandal and down to Grizedale Tarn to take a look at the route and also where you leave the bags for the "sprint" up Fairifield. The initial plan was to do this and then have a wander over Nethermost Pike, Dollywaggon Pike and Hellvellyn then drop down to Wythburn and wander back to Dunmail. 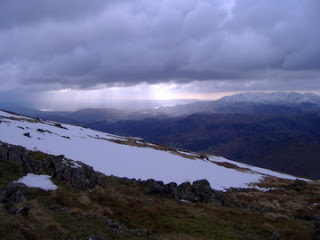 The snow was pretty easy going on the route up to the summit but by the time we got to the top it was pretty windy and bleak, we had a quick brew and something to eat behind the wall out of the wind and then packed up and moved off down the back of Seat Sandal towards the col. 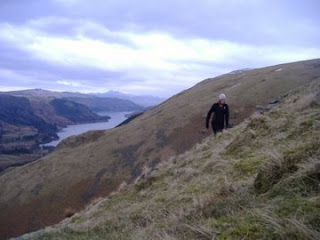 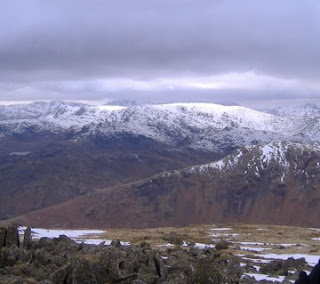 This side had obviously been scoured by the wind the snow was frozen and icy in places making the going quite difficult and pretty slippy. We actually ended up using an ice axe each and down climbing the steeper slopes by moving backwards and kicking steps. By the time we got down the weather was getting worse and it had started snowing now, as well as the wind. We made the decision to wander back to the top of Dunmail Beck and head back down to the car, the Gingerbread shop was calling. 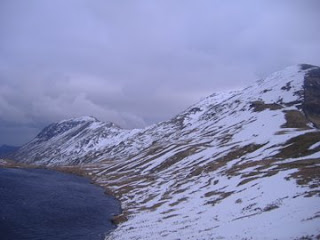 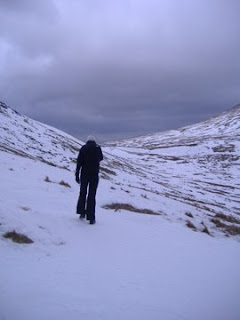 Got some good wintry pics for the blog and about 1500' feet of climbing so not an alright day. Will have to see how long the snow lasts but it could make some fun recce trips.
Posted by Donkarlo at 10:27