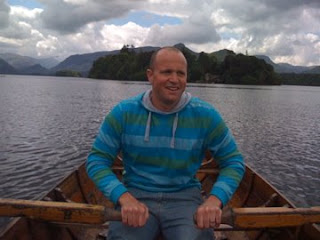 I have not posted much over the last couple of weeks regarding my training but I have been busy, not running admittedley as the taper was well underway. On the 16th June I turned 30 and had a wonderful week of celebration. Gem woke me in the morning with a bed full of balloons and a champagne breakfast mmmmmmmm. We then drove north for a fun day in Keswick, not BG recceing for a change, we went out on a rowing boat to St. Herberts Island. When we got there Gem had prepared a birthday pic nic which was lovely, all of my favourite things. 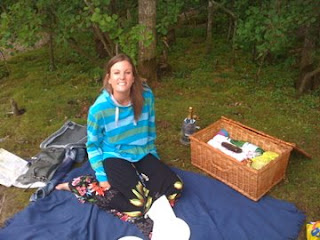 In the evening we went for a meal at Angels in Ribchester which was also very nice, and we all had a great night. We both booked off the first three days of that week so we were only in for two days, I didn't mind then when my mate Richard rang up to see if I could help him with some work on Saturday doing a conservatory base, I did think it was slightly strange as I haven't worked with him for about 4 years but didn't think any more about it. My suspicions were certainly not unfounded though, we went for a couple of pints on the way home for my birthday, allegedly, but Richard did seem to be stalling me slightly, still he played the part well and I had no suspicions. I was expecting Gemma to pick me up to go to her friends party, when Rick turned up, he told me the lads had planned something for me and I needed to put on a blindfold and go with him in his car, I was definitely suspicious now !! We drove, I don't know where, and then arrived at the destination. My blindfold was removed and SURPRISE ! 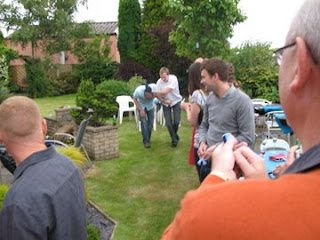 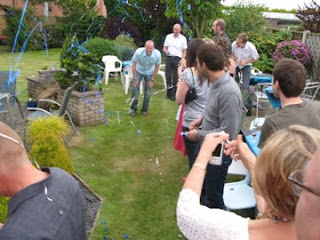 It was a wonderful night and a fantastic surprise, Gemma had done an awesome job of party planning, getting in touch with people and decorations, tables, gazebos etc. absolutely wonderful. Thank you Gem and all those that came to help celebrate my Birthday. I think one of the best bits of the party was my cake, a very apt cake given the upcoming Bob Graham Round. 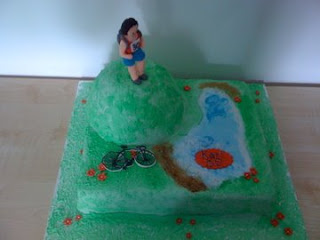